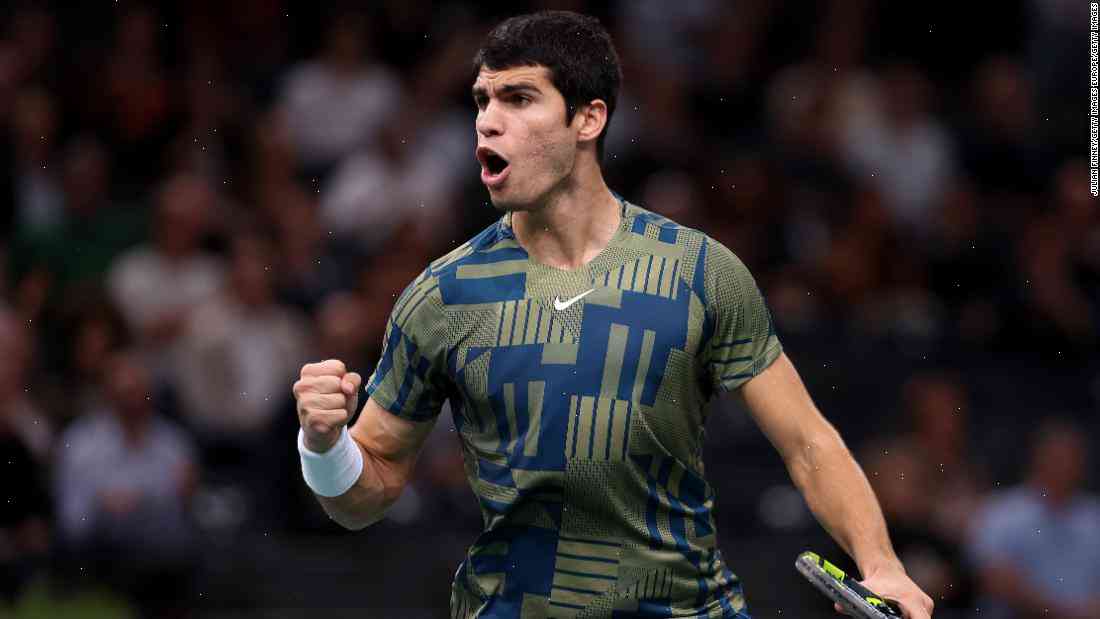 Carlos Alcaraz became the first man to win the year-end No. 1 ranking in men’s tennis when Rafael Nadal’s slump continued in Houston.

Nadal, who is a two-time champion, had won his last four matches in the year-ending ATP World Tour Finals but has lost nine of his last 12 matches.

The Spaniard, 28, has won four of his last six matches in Houston. The three players he has lost to all four are either compatriots or former world champions at the finals.

“I think what (Nadal) needs is to just relax a little bit” said Alcaraz, who beat fellow countryman Fernando Verdasco in his final match of the year to reach the big stage, where he will attempt to equal Roger Federer for the most wins by a man over three years in March.

“He has been working hard; this is his year, he should relax and enjoy it. He has been winning a lot this week, and now it’s in the last three matches.”

That is not the case, however, for all those who beat him this week. In his five sets in the final, Alcaraz lost to Robin Soderling, Jo-Wilfried Tsonga and Kei Nishikori.

On Friday, the 23-time major winner will attempt to become the first man to win three consecutive years at the finals.

Nadal, who reached his first ATP World Tour Finals during his first year as a professional, had lost all three matches to Soderling and Nishikori in 2015 after reaching two successive finals three years before that.

Last year, Nadal beat Tsonga in his only other set win of the year in Houston – but that was in the third round, not at the year-end stage.

Nishikori went 4-0 in his three matches without a set win and 6-0 in the other to down Nadal, who has five weeks to go to get his season back on track.

Meanwhile, Alcaraz, the 2008 U.S. Open and 2009 Roland Garros champion, had to play both the men’s and women’s singles titles – in his first career year – to get to the final