Correa calls for calm after visiting the country’s main prison 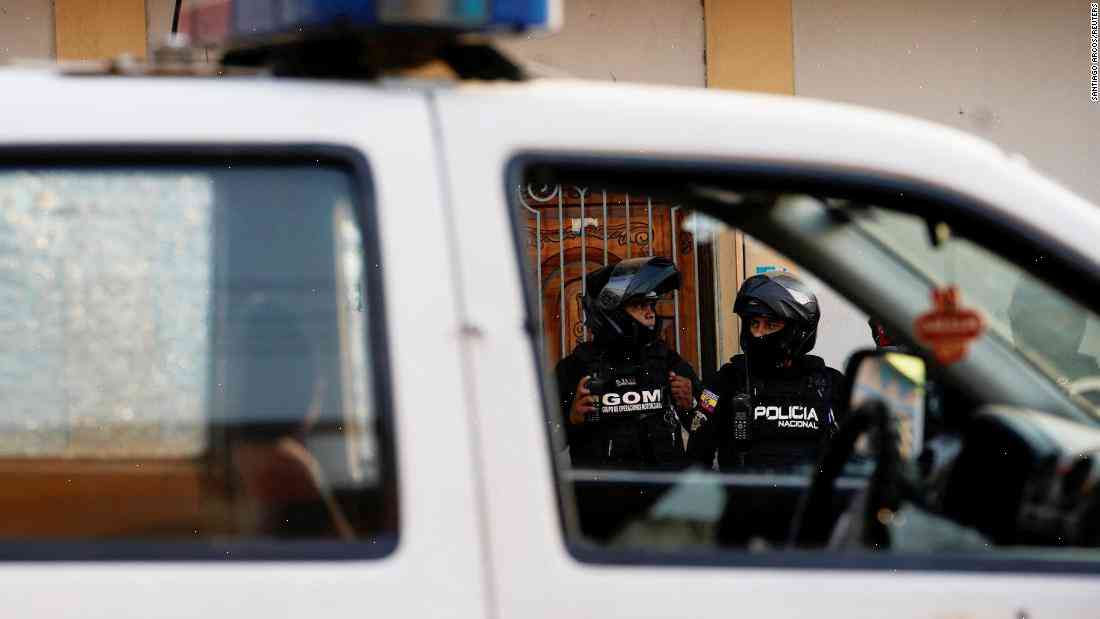 GUANAJUATO, Ecuador (Reuters) – Ecuador’s government said on Friday it was committed to restoring order in jails where the wave of violence that has rocked the Andean country has been especially high.

President Rafael Correa visited the country’s main prison in the central provincial town of Palenque to speak with political prisoners and families of those killed in unrest.

While the violence has come to light under Correa’s tenure, the government of his leftist predecessor, leftist President Lenin Moreno, has taken measures against overcrowded facilities and other problems but failed to ensure that the prisons were safe.

The violence has been in sharp contrast to the kind of protests that erupted against Moreno’s government during his first term. The protests were mostly peaceful and ended with Moreno’s resignation under pressure from the military and a right-wing political movement.

“We’ve taken measures to control the levels of violence there. Prison guards will have an increased presence in the prisons, the number of guards on the outside of the prisons is increased, and the guards are trained to handle riots,” said Interior Minister Maria Paula Romo.

“This will be effective in the next few days,” she told reporters in Guarare, the capital of the province of Orellana.

Quito-based human rights group ALHALA said on Thursday that more than 30 people had been killed in the past few days in what was the country’s worst outbreak of rioting in more than a decade.

The violence came at the start of what is likely to be a tough and long campaign to regain control of the country. Correa faces re-election in April 2016 and has promised to continue his predecessor’s anti-corruption reforms.

Correa called for calm after visiting the central prison, where the national guard was being assisted by firefighters to battle the flames set by inmates.