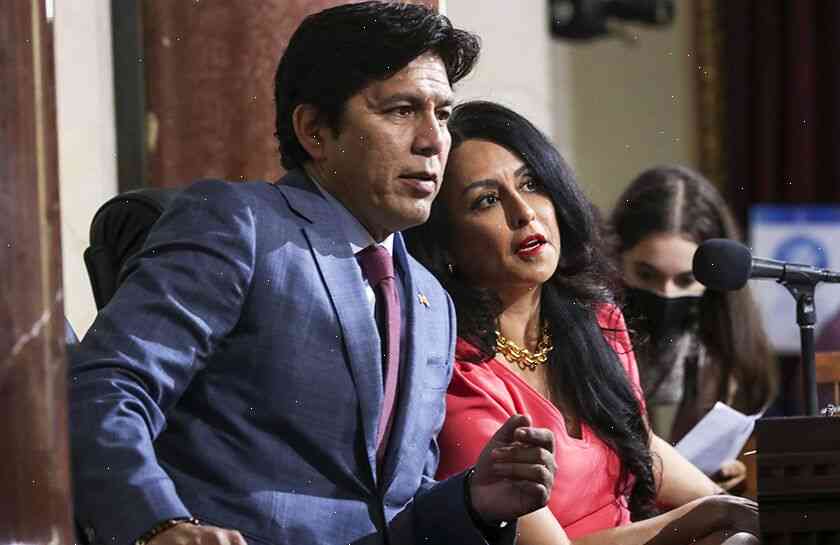 Letters to the Editor: Readers call on Councilwoman Nury Martinez to resign

It is beyond time for your resignation.

You have repeatedly violated the rules of your position and have repeatedly embarrassed your staff and your coworkers. You should resign, but not before you lose a substantial amount of your pension.

I am sure you have a substantial amount of money in the bank — and more than plenty of friends who could afford to buy you out.

If you resign for money, you will be replaced as a councilwoman. But you would not be replaced at all by the people who voted for you. You would become a private citizen because you would no longer serve on the council.

You do not deserve to be a councilwoman. Even if you took all of your money and spent it on yourself, who would pay its costs?

If you resign because of your behavior, you will still be a councilwoman, but as an angry, bitter woman who no longer respects people or the rules of governance.

If you would like to be recognized as a “lady,” then get out of the way of the new generation of women.

If you would like to be considered as “strong” and “powerful” then leave the council with dignity and a sense of satisfaction.

The rest of us will do the hard work of making this a better city by changing the policies and procedures, reforming the processes and changing the way we look at this city.

All we want is a city where all of our lives are valued and valued equally.

I thought I was being smart and fair in reporting the problems the city is facing in fighting the budget deficits. What I didn’t understand is the city would have to come up with a plan to cover the deficit of $7 billion between now and the end of the year. I thought that was reasonable and not unreasonable.

So I don’t like your tone of voice or your language. As I have always said: My opinion, my concerns, my concerns only.

No one here is an idiot. I am not stupid. The difference is I am aware of things going on in this city that have nothing to do with the