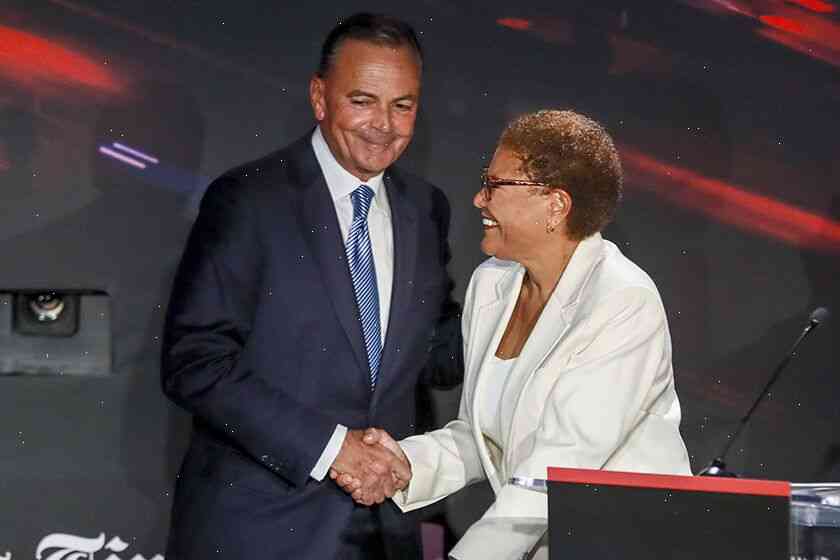 Letters to the Editor: Could Karen Bass and Rick Caruso form a ‘team of rivals’?

While we would agree that the new president of the American Petroleum Institute, Karen Bass, is a skilled communicator, I am not convinced she is the right person to lead the Institute. Why? She has no experience in the oil and gas industry. She has never published a peer-reviewed article in a scientific journal. She has been a speaker at oil and gas industry events that attract only a small (non-peer-reviewed) audience.

The same applies to the new president of the Louisiana State University System, Rick Caruso. It is true that he is a professional public servant who has spent his entire career working in the public sector, and who holds himself out as “knowledgeable” and “experienced” for handling issues that affect people’s lives.

But his experience with the oil and gas industry is limited to the positions he has held for 13 years as the executive director of the Louisiana Department of Economic Development, which is part of the state university system.

Since that time, Caruso has served in some roles with the public university system, namely as the executive director of the Louisiana Higher Education Policy Commission, and as the head of the Louisiana Science, Technology and Research Authority. But Caruso’s primary role was in the administration of the Department of Economic Development, which he has held for 13 years and which now holds a majority of the $13.1 million appropriated by the Legislature for university-system operations each year.

And there is more: He served as director of the Center for Energy Education and Research at Louisiana State University from 1996 to 2006.

The fact that he has been able to devote his time to some of those pursuits while serving as the director at the Department of Economic Development shows that his time is better spent in public service and in his current position than in his roles in the public university system.