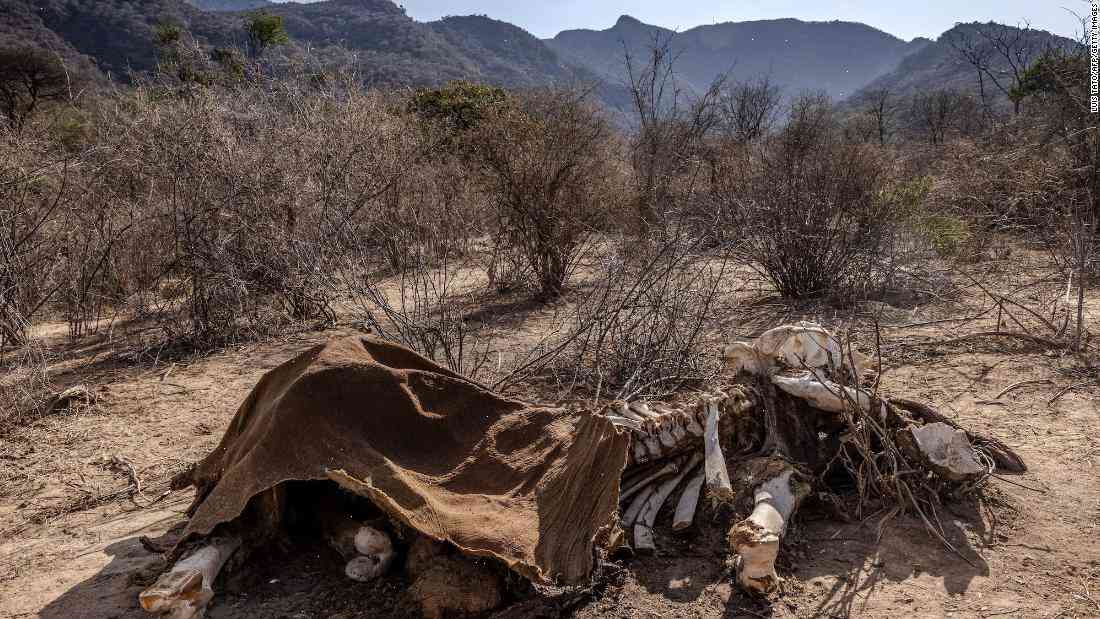 Trees and scrub are green on a hill in the Masai Mara game reserve in Kenya’s Masai Mara National Reserve, where rangers say the drought has pushed up the levels of salts in the soil. The salt buildup is killing the wildlife.

A Kenyan man who sells meat from his goats to tourists says the situation is dire. He says his goats are not producing as expected because more water is not flowing in.

More than a million people have been displaced by the drought and famine in parts of southeastern Kenya — and more than 300,000 people are still displaced as of April 25. Kenya’s health minister and international aid groups are warning that the drought is set to become the longest on record.

Rangers are blaming drought, famine and the recent death of a lion in the Masai Mara National Reserve for the deaths of more than 400 elephants. The number of dead elephants, along with those of other creatures such as wildebeests and zebras, has risen significantly in Kenya in recent months, and they’ve now killed enough animals to take the title of the deadliest animal species in Africa.

The Masai Mara has become a symbol of the devastation being caused by the drought across Africa. It’s home to one of the world’s largest concentrations of elephants. The animals are also protected under a national park, which means the park cannot be developed.

While the park’s status and that of the elephants have been central to a political battle over whether the government should grant the park legal protection, the animals themselves are a symbol of the problem. The Masai Mara National Reserve was created in 1969, after the death of two lion cubs in a circus. It’s been known as the only place