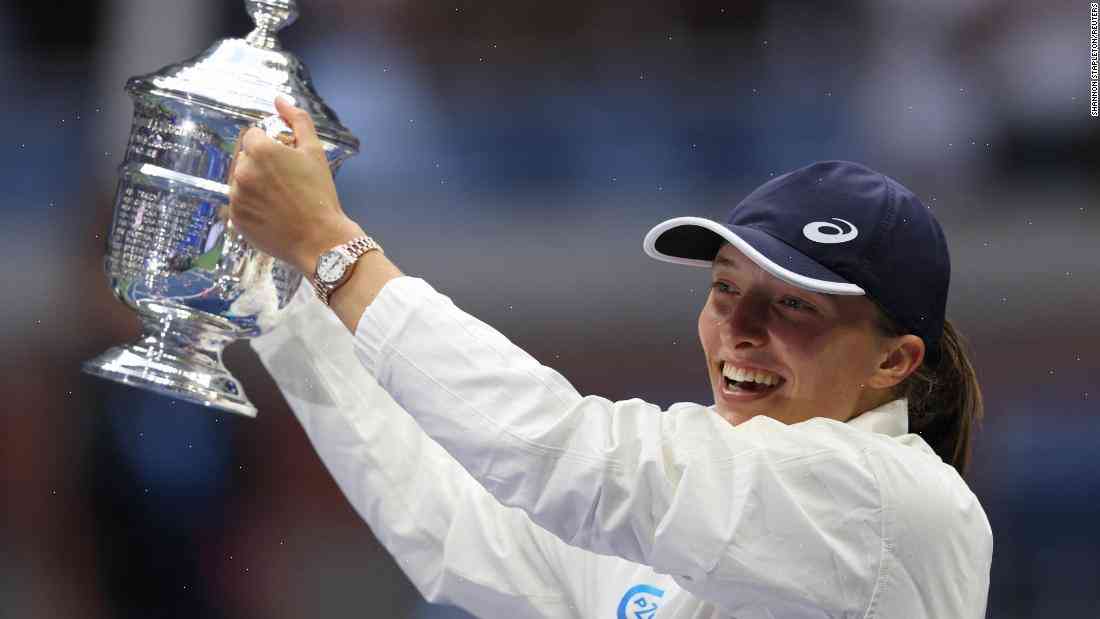 World No. 1 Iga Swiatek wins her third major title at the US Open

U.S. Open: Iga Swiatek wins her third major title at the US Open

In the second round of the U.S. Open, Japanese player Iga Swiatek won against her German opponent Sabine Lisicki. It was a close game for Iga, which she finished with a 5-3, 6-3, 5-7 6-4 win.

The German player Lisicki played extremely calm and relaxed, which helped to win the point in the first game, 6-0. She then played a very good game, and was able to win the next three games, with a score of 6-2, 6-2, 6-3.

The final was a struggle for Iga, who was able to win two of the first three games against Lisicki, but then she lost the fourth, which was a tough match. She had to win the last three games, and she did that, with a hard fought victory over the German player. The final score was 6-3, 6-3, 6-4.

Iga is the first Japanese star player to win the U.S. Open champion, and the first woman to win the title since Anna Kournikova in 2000. She will move on to face the winner of the other semifinal between two-time Women’s U.S. Open champion Maria Sharapova and third-time runner-up Petra Kvitová. Kournikova went on to win the 1998 and 2013 editions of the tournament. Iga will face Jelena Dokić, the third and finalist of the final.

Also in the final rounds, two South African players won the titles. The final matches of the day is between the men, who will play one another in a doubles final